You are here: Home / CIP News / Grove Hotel, which will likely have a Kurt Huffman restaurant, tops out in Old Town Chinatown 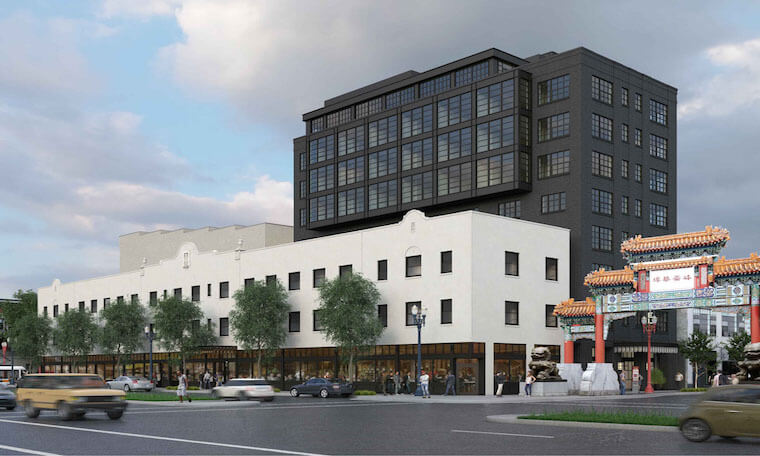 It opened in 1907 as a low-income residential hotel at the corner of West Burnside and Northwest Fourth Avenue and later became housing for homeless folks exiting the jail system before it went vacant several years ago.

But there is new life now at the Grove Hotel as developer Bob Naito and his partners continue their $25 million push to revamp the old building and construct a new nine-story building right behind it.

When it opens later this fall, possibly around Thanksgiving, the Grove Hotel will be home to 113 rooms, a bit of meeting space, a retail offering and a restaurant. The concept of the latter has yet to be determined, but Naito said he has been working with Kurt Huffman’s ChefStable on lining up a chef.