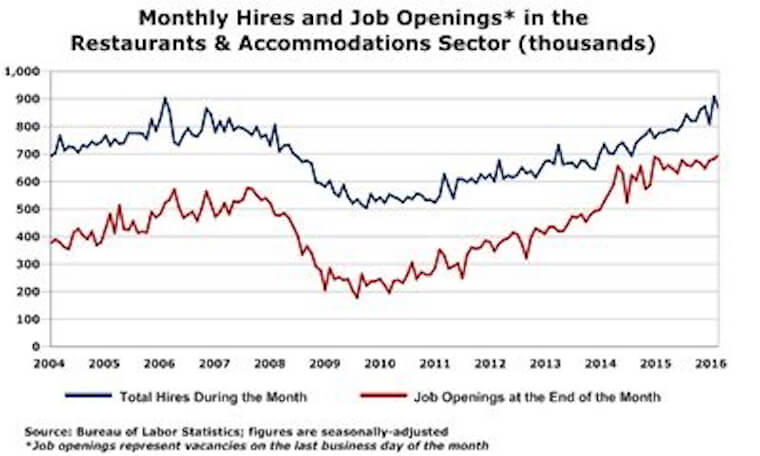 Although job openings in the hospitality sector rose to a record high in the first quarter, it doesn’t appear to have restrained hiring.

End-of-month job openings in the restaurants-and-accommodations sector* averaged 685,000 during the first quarter of 2016 (on a seasonally-adjusted basis), which represented an increase of 21,000 job openings over what was reported during the fourth quarter of 2015. It also marked the highest quarterly reading since the JOLTS data series began in 2000.